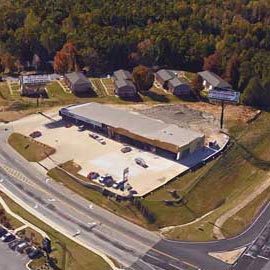 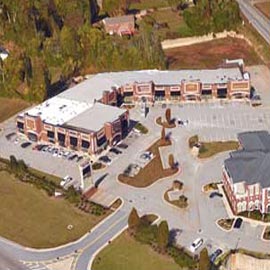 About Atlanta and Metro Atlanta Areas

As the capital city of Georgia, Atlanta has been known for its unique blend of southern hospitality and cultural trendsetting. 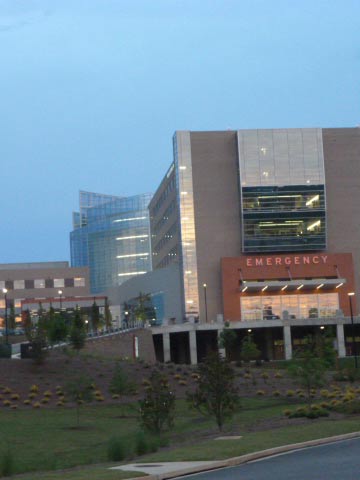 Home to more than 5.5 million residents, it's one of the 10 most populous cities in the United States and continues to emerge as one of the world's most important cities. Established in 1837, it was a focal point of the Civil War, which resulted in the city being burned to ruins during the conflict.

However, it has since rebounded and today is known for its vast array of things to do both during the week and on weekends. Whether it's a young professional wanting a night on the town or a family looking for a fun activity, the city has enough variety to guarantee there will be something for all residents to enjoy.

As the economy of Atlanta has grown, so has the commercial real estate market. As a result, more and more companies are moving into the area and leasing commercial property. 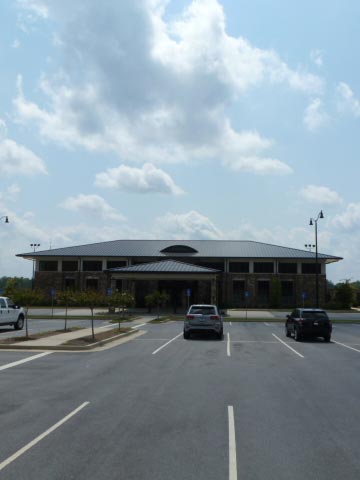 Not only does this lead to an increase in business, but it also helps the city expand into many areas of commerce. Considered to be one of the leading media technology states in the country, Atlanta also finds itself becoming one of the nation's premier areas for retail companies. And unbeknownst to many people, Atlanta is quietly gaining a reputation as "Hollywood South" due to the growing number of television shows and motion pictures that are being shot on location there. In fact, the city has as one of its most popular tourist attractions Atlanta Movie Tours, which takes people around the city to show them the sights they've seen in many of their favorite shows and movies. Along with this industry, many technological and design firms have started calling Atlanta home. As a result, they need vast amounts of commercial real estate space, including office buildings and manufacturing facilities. Thanks to an improving job market, many firms are competing for some of Atlanta's top talent, which is leading companies to ensure they lease top-of-the-line facilities in order to offer added incentives to employees they hope to hire.

For those who live in Atlanta, there is no other city they ever wish to call home. With its rolling hills, dense trees, and revitalized neighborhoods, the city has experienced a true Renaissance over the past two decades. With such nicknames as "Hotlanta," "The City in a Forest," and simply "The A," it has become a true center of politics and pop culture within the United States. With its rich history involving railroads, Atlanta has been at the forefront of many of the country's most important historical events. For example, it played a vital role in developing many of the military's most strategic weaponry, helping lead the nation to victory. In addition, it's been a historical hotbed for the Civil Rights Movement, with Dr. Martin Luther King Jr. and many other civil rights leaders calling the city home. In today's Atlanta, the population continues to be as diverse as ever. Within the first decade of the 21st-century, a rapid influx of young, college-educated professionals and their families chose to make Atlanta their home. As a result, increased suburbanization, along with an economy that showed no signs of slowing down, led to the city making many changes to accommodate the new residents. The city's park space increased by more than 40 percent, most public housing was torn down and replaced by modern, stylish housing that was very affordable to those in need, and the city's cultural life took a turn for the better as numerous art galleries, museums, and theaters were established.

If you're working in Atlanta, it's a good place to be at the moment. As the number of residents possessing four-year college degrees has increased by 61 percent, so has the variety of industries that have moved to the city. With an annual economy surpassing $300 billion, Atlanta is home to the corporate headquarters of some of the world's most well-known and successful companies including Coca-Cola, Home Depot, UPS, Chick-Fil-A, and many others. Many of these companies are drawn to the city due to its well-educated workforce, in which 43 percent of city residents have a college degree, which far exceeds the national rate of only 27 percent. Having become a media center in the United States, Atlanta is the base of operations for Ted Turner's Cable News Network as well as Turner Broadcasting System, in addition to many television and film production companies including Tyler Perry Studios and Screen Gems Productions. Due to the fact that many horror and zombie-related shows and movies are filmed in Atlanta, the city has the dubious nickname of "Zombie Capital of the World." And for IT professionals, the city has also become a great place to work. Nicknamed "Silicon Peach" for its growing information technology sector, Atlanta has the fourth-largest number of IT jobs in the country. As a result of its booming economy and great opportunities for college-educated workers to find employment, Forbes Magazine recently named the city as one of the Best Places for Businesses and Careers.

Having Fun in Atlanta

While there are plenty of opportunities for jobs in Atlanta, all work and no play is definitely no fun. So after a hard week of going to work and school, both single professionals and families are looking for something fun to do on their days off. And just as the city has numerous opportunities for work, it has just as many if not more for fun. For those who love culture, the city is one of only a handful in the United States that has professional, permanent, resident companies in opera, ballet, theater, and orchestral music. Meanwhile, sports fans can take their pick of watching the Atlanta Braves at Turner Field, the Hawks play an NBA game, or the Falcons looking to defeat an NFL opponent at the Georgia Dome. Some of the best family activities include the Georgia Aquarium, Zoo Atlanta, the Atlanta Botanical Garden, and the Carter Center and Presidential Library. With more than 35 million tourists visiting the city annually, Atlanta offers both its residents and visitors plenty of chances to have fun days and fun nights as well. Tourists love attending the Atlanta Music Festival and also sampling food at such world-famous eateries as The Varsity, which is the world's largest drive-in restaurant, and Empire State South, which has received national acclaim for its food. If going to the zoo is on the agenda, you'll be able to see giant pandas, since Zoo Atlanta is one of only four zoos in the United States to house the captivating creatures. Whatever you want to do, there's a place in Atlanta that can make it happen each and every day.

For many families who move to Atlanta, one of the top priorities is the education their children will receive. But just like everything else in the city, Atlanta's public education system is ranked as one of the best in the nation. Home to many private and charter schools, it boasts high graduation rates and offers students some of the most innovative public school technology programs of any state in the country. In addition to public schools, the area is also rated as one of the best centers for higher education. Home to Georgia Tech, Georgia State University, Emory University, and many others, Atlanta has been ranked as one of the Top 20 Cities for Higher Education by leading educational organizations.

As the city continues to grow and expand its offerings to residents, there's little doubt it will become an even more important city not only in the United States, but also the world. While it is indeed a very special Southern city, it has in recent years grown beyond that. With the influx of new residents and a population that is more educated than ever, the city has emphasized creating an environment that is conducive to both families and businesses. Both the residential and commercial real estate markets are strong, prompting many people to believe the time is right to make the move to the City in a Forest. As the city evolves even more, it's easy to see how Atlanta will keep its place as one of the most dynamic and important places in the United States and the world.